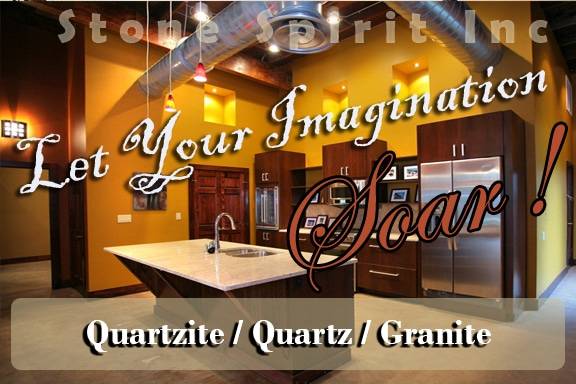 Countertops
GET YOUR FREE ESTIMATE TODAY!

Quartzite is a decorative stone. It may cover walls, roofing tiles, flooring, and stair steps. Its use for countertops in kitchens is expanding rapidly. It is harder and more resistant to stains than granite.

Crushed quartzite is hard and angular. Therefore, it is railway ballast. The crushed material is in road construction. High purity quartzite produces ferrosilicon, industrial, silicon and silicon carbide. During the Stone Age, quartzite flint, quartz, and other lithic raw materials made stone tools.

The decorative stone is a hard, non-foliated metamorphic rock which was originally pure quartz sandstone. Through heating and pressure, sandstone converts into quartzite. Usually, it relates to tectonic compression within orogenic belts. In its purest form, it is usually white to grey, though it often occurs in various shades of pink and red due to varying amounts of iron oxide (Fe2O3). Other colors, such as yellow, green, blue and orange, are due to other mineral impurities. The grainy, sandpaper-like surface becomes glassy in appearance. Minor amounts of former cementing materials, iron oxide, silica, carbonate, and clay, often migrate during recrystallization and metamorphosis. This causes streaks and lenses to form within the stone.

Occurrences In the United States, formations of quartzite can be found in some parts of:

Quartzite is also found in the Morenci Copper Mine in Arizona. The town of Quartzsite in western Arizona derives its name from the quartzites in the nearby mountains in both Arizona and Southeastern California. A glassy vitreous quartzite has been described from the Belt Supergroup in the Coeur d’Alene district of northern Idaho. (credit Wikipedia)

When sandstone is cemented to quartzite, the individual quartz grains recrystallize along with the former cementing material to form an interlocking mosaic of quartz crystals. Most or all of the original texture and sedimentary structures of the sandstone are erased by the metamorphism.

GET YOUR FREE ESTIMATE TODAY! 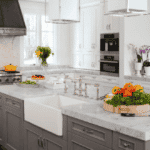 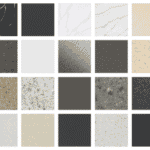 How to Select the Right Countertops Color? 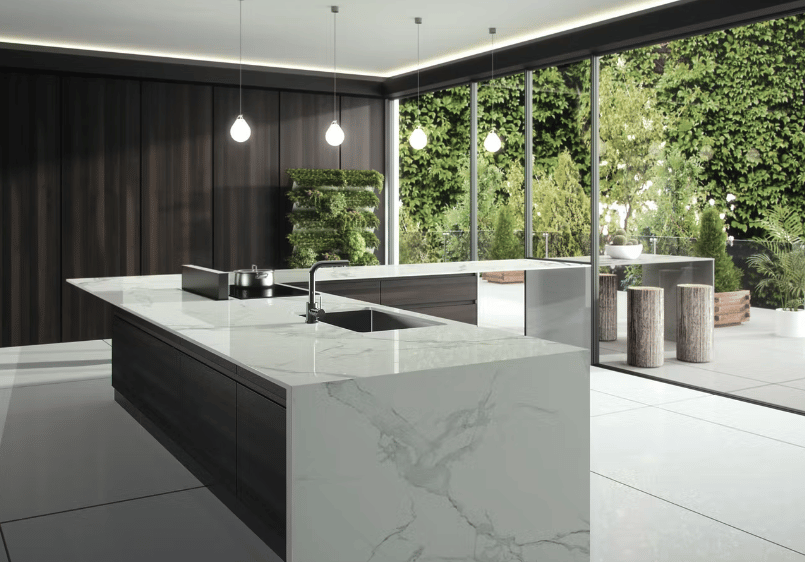 5 Quartz Countertops Benefits in Orlando – Why to Install?

5 Quartz Countertops Benefits in Orlando Do you... 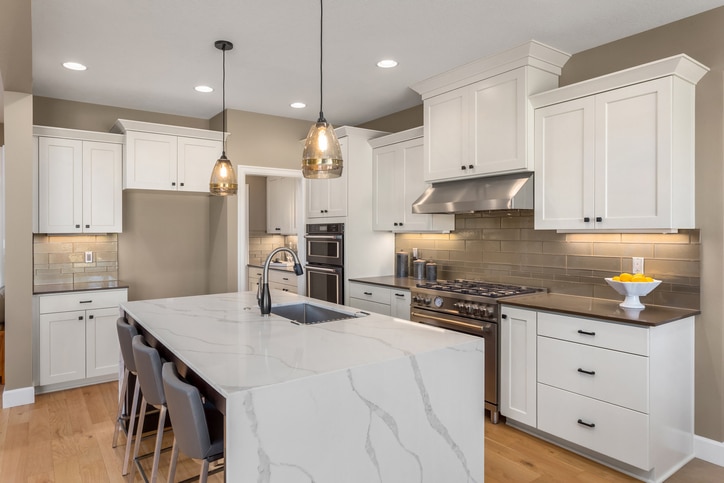 Why Hire a Pro for Countertops Orlando Installation

Why Hire a Pro for Countertops Orlando Installation...

Angela Tucker
They were easy to work with, on schedule and priced right. Everyone was friendly and they did an overall wonderful job. Making this transition easy and beautiful. Thank you! Special thanks the the installers! I’d love a reminder of the cool pencil thing you had! Thanks again.

Vincent Niglio
Stone Spirit did an amazing job installing our granite countertops. The company was responsive, professional and efficient in every aspect of the job. I highly recommend them.

Carolyn Wanchisn
Initially I wasn't very happy with the inside staff and I didn't feel very welcomed. However, opinion changed when the young fellows came to install my quartz countertops. They were very personable and engaged in silly conversations with us. We had a lot of laughs, and not once did they stop the installation. They were very professional and clean with the installation. I felt very happy with the outcome. I would recommend Stone Spirit to anyone. Their prices were better than most places we visited.

Theresa Jacques
We were very pleased with the service provided by Stone Spirit and with the knowledge that Yuliya had about all of the different quartz options that we were considering. When it came time to complete the measurements, the process was fast, easy and extremely accurate. Every single appointment was scheduled on the phone with a follow up email and agents arrived when promised every time! That's very unusual for any business anymore, and something they certainly deliver on. Then came the final product and we could not be more happy with the results. I would recommend Stone Spirit to anyone in the market for countertops.

Patrick Cianci
Support and installation of our kitchen counter tops was outstanding and stress free.

James Lewis
The installers were very professional and the countertops came out great. Love them. Jim

Jensen Paul
Absolutely love my quartz countertops! I’ve had them for a couple months now and couldn’t be happier with how they transformed my kitchen! I’ll be using stone spirit for my bathroom countertops whenever I renovate them. Thank you!!!

Corinne Podolak
I would highly recommend Stone Spirit! From beginning to end they were highly professional and answered all our concerns. The installation went smoothly and I absolutely love my quartz countertops
Google rating score: 4.9 of 5, based on 673 reviews.